& when is it OK to use an ampersand?

Ampersands are quite interesting characters, aren’t they? But do you know when you can use them and when you shouldn’t?

According to Merriam-Webster, the ampersand began as a character to join the letters e and t of the Latin word et, meaning “and”. I imagine it looking something like one of these: 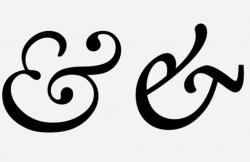 Rather than what I think of as the backwards S we use today: 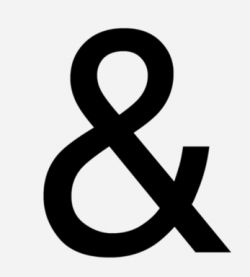 Now let’s get down to the nitty-gritty of when we can and can’t use ampersands. Since an ampersand is an abbreviation, they are not recommended for any formal writing. But one thing about formal writing is there’s always an exception — or two.

& here are the buts

Publisher names
CMOS says either and or & can be used in a publisher’s name, provided it’s treated consistently throughout your citations. So you’d use either Harper and Row or Harper & Row, but not both in the same document.

In company names with words, like JPMorgan Chase & Co or Tiffany & Co, a space is placed on either side of the ampersand. But in companies that use initialisms, like AT&T, A&W, H&R Block or M&M’s, the ampersand is treated as part of the abbreviation and there are no spaces around it.

Always be consistent with your use, or nonuse, of ampersands. If you’re ever in doubt, use the word “and” instead. It will never be wrong.

Get a new and super useful grammar tip from our proofreader, Wendy, directly to your inbox once a fortnight, in Typeset’s The Write Fit newsletter. Subscribe here: