Home > The Write Fit > What’s the magic question that will revolutionise your content?

What’s the magic question that will revolutionise your content?

Posted by Dan Hatch on 2nd November , 2021 in The Write Fit
Share this

This is an excerpt from the 55th edition of The Write Fit, a fortnightly newsletter about writing, editing and proofreading, content marketing and good editorial practices for business, from Sarah Mitchell and Dan Hatch at Typeset.

I ask the exact same question at the end of every single interview I do. Asking the magic question in question is the single most useful habit I picked up during my long career in newspapers.

You know what it’s like. You’ve chatted to someone for maybe fifteen minutes, maybe half an hour—heck, maybe even longer—and you’ve asked all the questions you can think of and you’re pretty sure you’ve got enough information to go away and do a really good job of the article you have to write.

That’s the point where you ask this question—right before you thank them for their time and end the call.

“Is there anything we haven’t touched on, or that you wanted to say, that you think should be included in an article on this topic?”

Asking this question is like sprinkling a little bit of journalistic magic in your interview. Here’s what tends to happen.

Usually, the person starts their response with something like, “not really, I think we covered it”. It’s important not to jump in here and to give them a little space to think.

Then, and I have no idea why this happens but it happens nine times out of 10, they will summarise the topic of your discussion. This distillation is more often than not the best quote of the whole damned interview. I can’t count how many times I’ve ended up not just using that summary quote but using it right up the top of the article.

Having done that, the person will often remember something else they either wanted to say or think is relevant. If they’re one of those people who really prepares for an interview, they’ll scan their notes and relate a story they hadn’t managed to tell during the conversation. But even if they’re not (and most people aren’t) it’s almost like the question sparks a connection in their brain and suddenly they’ll start relating this absolutely brilliant anecdote you hadn’t anticipated.

Obviously, not every response to the question is gold dust. But so often it is. I’m no psychologist, but I think something happens to people when you shift the power dynamic of the interview with a question like this. You’re handing control over to them for a moment. It’s a very deferential question; it shows respect for their expertise. It seems to open doors in their brain’s database.

Credit where it’s due

Asking the magic question is a trick I picked up from the chief reporter at my old daily newspaper. His nickname was Bulldog, which gives you an idea of his tenacity (although I think the fact his surname was Drummond had a lot to do with the nickname’s acquisition). Sitting opposite Bulldog I used to hear him ask this question all the time. The interview was winding up, he’d ask that question, then he’d be on the phone for another ten minutes, asking a swag of new questions. It didn’t take a genius to work out how effective the technique was. (Pro tip: always sit your newest recruits next to your seasoned performers.)

Even if I’m pressed for time, I always ask this question. If you interview people as part of your content creation process, I highly recommend you add this magic question to your repertoire. You have absolutely nothing to lose by asking it and everything to gain. 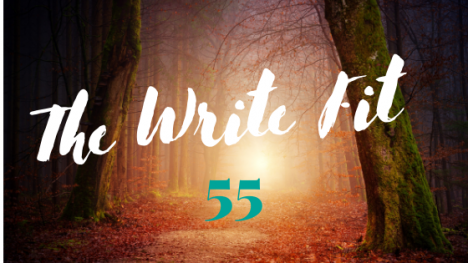