Home > The Write Fit > We’re all fired up about homophones (and you should be, too)

We’re all fired up about homophones (and you should be, too)

Posted by Sarah Mitchell on 4th December , 2019 in The Write Fit
Share this

This is an excerpt from the eighth edition of The Write Fit, a fortnightly newsletter about writing, editing and proofreading, content marketing and good editorial practices for business, from Sarah Mitchell and Dan Hatch at Typeset.

Let’s play a quick game of spot the homophone

Thanks to Content Marketing World, which is hosted annually in Cleveland, Ohio, I’ve been to the Rock and Roll Hall of Fame more times than my bass-playing son thinks is fair.

They have quite a haul of rock memorabilia on show. All the big stars have made it into the Hall of Fame ­– from Fats Domino to Madonna. Induction is a great honour. Rock heavyweights, like Tom Waits and Gladys Knight, have had their night to shine. Even Prince has his prints on the wall.

You know who isn’t in there?

Go on. Hit me with your best shot.

It’s 40 years this year since Benatar burst onto the music scene and I’ve just seen that she’s finally up for induction. Is it this feted rock star’s fate to be named alongside the greats? Or will the voting public think her music grates (like Vulture Magazine did) and vote for Whitney Houston instead?

Did you spot the homophones?

There were seven examples in the passage above. Some of them were clawing and desperate, so I’m sure you did.

Homophones are words that sound the same but have different meanings.

The big offenders are words like your vs you’re, its vs it’s, and there, they’re and their. But let’s not waste time on those. What I’m most worried about is when companies put the effort into getting it right, but it turns out wrong. It’s remarkably common.

Here are 7 of the biggest homophone offenders… according to me.

I swear this has to be the biggest offender.

You offer a complimentary ticket to a Pat Benatar concert or compliment someone on their 80’s poodle perm.
Butter is the perfect complement to toast. While butter makes everything better, it does not compliment the toast.

Not technically homophones but I see these mixed up often enough to include them in the list.

Your tenant pays their rent on time.
A tenet of faith can help you overcome a personal crisis (we are strong; no one can tell us we‘re wrong).

Metal vs medal vs meddle vs mettle

There are so many ways to get yourself in trouble.

Silver and gold are examples of precious metals.
You won a silver medal at the tourism awards (it’s not quite four Grammys, but well done!)
You might have won a gold medal except someone meddled with the award submission.
You have the mettle to hold your head up in the face of adversity like while sporting one of those poodle perms.

I sometimes think people are trying to be fancy when they use the wrong version of premiere.

The Simpson’s premiere was on 17 December 1989.
The Venice Simplon-Orient-Express is the premier luxury train in Europe.

Easy enough to get right but I see it wrong far too often.

I travelled to the capitol to meet my government representative about Pat Benatar’s Hall of Fame nomination.
I live in the capital city of Perth, a place benefiting from vast amounts of mining capital but where you can still get a mullet haircut (the 80s will never die!)

If you stand on principle, you better be able to defend your reasons when acting like a jerk (especially if you’re wearing a poodle-permed mullet!)
The principal of the university paid the interest on the mortgage but didn’t pay down the principal loan.

This one challenges me every time, but I have my trusty proofreader to make sure I get it right.

If you can’t bear the heat, get out of the kitchen.
I could barely understand what you were trying to say because I was playing Love is a Battlefield at full blast on my car stereo.

I’m a long-time fan of Ms. Benatar, but I do understand some of the criticism she gets. (Check out this bad lip-syncing job. No editor could rescue that.) But at least Benatar had big shoulder pads and a smoking guitar solo to fall back on. Writers don’t have that luxury.

Homophones are the kinds of embarrassing mistakes that slip through when we rely solely on online tools. It’s why you need a real person to review your most important copy.

But, back to the really important part: getting Pat Benatar into the Rock and Roll Hall of Fame. Go and cast your vote here! You can help decide whether she sits on the throne or is thrown out. (Go ahead and vote for Whitney Houston, too. You get five votes so it won’t be in vein*.) 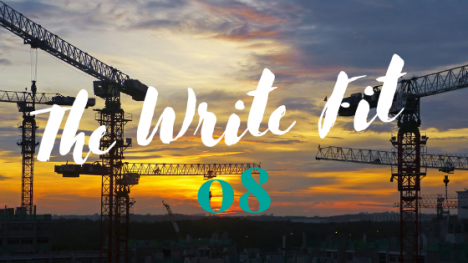