Home > The Write Fit > Fact-chekkin’ across the universe

Posted by Dan Hatch on 12th November , 2019 in The Write Fit
Share this

This is an excerpt of the seventh edition of The Write Fit, a fortnightly newsletter from Dan Hatch and Sarah Mitchell from Typeset.

It’s content, Jim, but not as we know it

What was the first piece of music you ever owned? I hope it was something cool, like Pink Floyd’s The Wall, Radiohead’s OK Computer or Doctor Dre’s The Chronic.

You wanna know what mine was?

It was the EP of The Firm’s Star Trekkin’. If you don’t know it, you can listen to it, and watch the music video, here. I apologise in advance. My musical taste has always been questionable.

Anyway, I raise Star Trekkin’ because I want to start a conversation about fact-checking.

No, no, don’t go. Stay. This is really important.

So, you know Star Trek, right?

If someone asked you to list off three famous Star Trek quotes, I reckon your response would go something like this:

So, what’s the problem? What’s this got to do with fact-checking?

Well, neither of those are actually quotes from Star Trek. Kirk never begged Scotty to beam him up with that exact phrase and Spock never said “It’s life, Jim, but not as we know it.”

In fact, that phrase comes from The Firm’s 1987 inexplicable hit (at least it was a hit with seven-year-old Dan Hatch) Star Trekkin’.

My point is that facts matter. And a lot of stuff becomes “fact”, even when it really isn’t. It just gets repeated so often it slides on in to our consciousness and somehow becomes fact – and occasionally, part of the Zeitgeist. 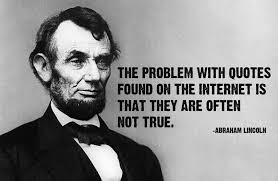 A picture paints a thousand-ish words

Let me give you an example.

A few years ago, marketing agencies and video production houses were falling over themselves to claim a video was “worth 1.8 million words.”

That “statistic” is everywhere. You know why?

In 2008, a very reputable company, Forrester, released a report with the (nonsense) claim in it. The gist? Well “a picture paints a thousand words”, so if you times that by 30 frames a second and then multiply that again by 60 seconds (for a minute-long video)… BAM! a picture paints 1.8 million words.

This “statistic” wasn’t really meant to be taken seriously, but it suited a lot of people to repeat it.

For the love of all that is holy, fact-check your content

Recently, Typeset conducted some research into effective writing for business. We’re super excited about it and we’ll be releasing our findings in the new year. But you know what we found?

Less than half of us are always fact-checking our content before we post it. A third of us are checking it sometimes, rarely, or not at all.

As a journalist, that worries me.

How do you know whether you’re repeating nonsense if you don’t identify the true source of a piece of information and confirm that it’s accurate?

How can you be sure you’re not setting yourself up for a whole lot of public embarrassment, even brand damage, if you’re not fact-checking every single piece of content before you publish it?

It’s not enough to check for spelling and grammar. Check your facts as well. Your reputation depends on it.

Except for mine, which I’ve clearly destroyed by exposing my early musical influences.

(I doubt this helps, but the second piece of music I ever owned was a cassingle of Jive Bunny and the Mastermixers’ Swing the Mood. The 80s were a hell of a time for me).