The one big question we should all be thinking about

This is an excerpt from the eighteenth edition of The Write Fit, a fortnightly newsletter about writing, editing and proofreading, content marketing and good editorial practices for business, from Sarah Mitchell and Dan Hatch at Typeset.

What did you do during the war?

This is my Uncle Ron.

In 1940­ he was one of many boys who, in an act of mind-blowing bravery, put their age up to enlist in the Second World War. He trained as a commando and served in some of the most important campaigns of the war in the Pacific – Kokoda, the Philippines, Borneo.

I was raised not to ask veterans what they did during war, so as a boy I never really asked him for details about his service — although over the years I picked up a few details here and there, and I heard all the stories he liked to tell.

On the day this photo was taken, I finally plucked up the courage to ask him the great big question I was told never to ask but, as a journalist and amateur family historian, really wanted to know.

“What did you do during the war?”

The answer, as it turns out, was quite a lot.

I knew he’d copped a bayonet in the side. I knew he’d been saved by his shoelace (he bent down to tie it up and the chap behind him copped the bullet meant for him). But while I knew he sometimes faced the enemy in direct combat, I had no idea he spent much of the war behind enemy lines, completing vital missions.

We can all search for the hero inside ourselves

He’s not with us anymore, my Uncle Ron. The last time I saw him was when that photo was taken. He died not long after. But in the midst of this awful pandemic, I’ve been thinking about him a lot.

In part, that’s because of the amazing efforts of another Second World War veteran, Captain Tom Moore.

Captain Tom, 100, has been walking laps of his back garden to raise money for Britain’s cash-strapped health service. He set out to raise £1000, but his story captured the hearts of the nation in lockdown and he’s now raised more than £32 million.

Another real hero, from a generation we owe so much.

What answer will you give when one day the question comes?

The other reason Uncle Ron has been on my mind is because of that question I asked him the last time I saw him: “What did you do during the war?”

I’m acutely aware comparisons between war and the coronavirus pandemic are becoming tired and hackneyed, but I mention them together here for a purpose.

One day, perhaps in the not too distant future, a similar question is going to be asked of all of us:

“What did you do during the coronavirus pandemic?”

How will we answer that question when it comes?

The decisions we make now will shape the story we’re able to tell in the future — not just as individuals, but as brands and businesses, too. 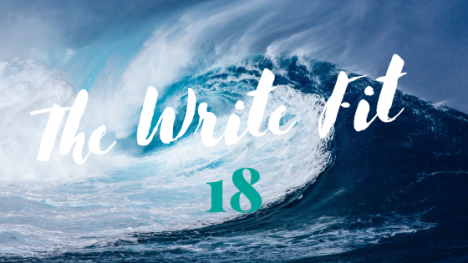