Never be stuck for an opening paragraph again

This is an excerpt from the 41st edition of The Write Fit, a fortnightly newsletter about writing, editing and proofreading, content marketing and good editorial practices for business, from Sarah Mitchell and Dan Hatch at Typeset.

What’s the best way to start an article if you want to hook your reader?

It probably won’t surprise you to hear there’s no single right way to write a catchy opening sentence or paragraph. And reading would quickly start to feel samey if everyone wrote to a formula, anyway.

But there are a few good tricks I’ve picked up over the last twenty or so years that can help you think about the best way to attack a writing project. There are varying degrees of difficulty, and something for every writer.

Here are eight ways you can open any article:

This is the “who, what, when, where” approach — the traditional inverted pyramid used by journalists. It communicates the important information simply.

For example, here’s the opening paragraph of a BBC News report:

Traffic has resumed in Egypt’s Suez Canal after a stranded container ship blocking it for nearly a week was finally freed by salvage crews.

This kind of opening sentence basically “does what it says on the tin”, but I always find writing one is a good starting point — even if I reject and replace it completely later on, as the words start to flow.

A step up from starting with the simple facts is to lead with whatever new information you have — so you’re telling people something they don’t already know. This is a bit more exciting for your reader.

This is from Business Insider:

The massive container ship that spent days wedged in the Suez Canal was freed Monday with the help of a huge dredging ship that can shift more than 70,000 cubic feet of sand an hour.

(Niche angle, sure, but not insignificant if your company sells dredging equipment.)

Another option is to tell your audience how the “who, what, when, where” made someone feel. Or ask your reader to imagine how it felt.

This is from Business Insider again:

The 25-person Indian crew of the Ever Given is stressed and tense but is doing well as the massive container ship faces investigations after blocking the Suez Canal.

You can also try to reel the reader in using intrigue and mystery — “you’ll never believe what happened next”.

This is from the BBC again:

News had broken about a huge container ship, the Ever Given, that had become wedged across the Suez Canal, bringing one of the world’s major shipping routes to a halt.

But as she checked her phone, online rumours were saying she was to blame.

A great option for online content is to straight up just open with the question you’re going to answer in the piece.

This is from The Sun (which cleverly capitalised on the fact we were all Googling this same question):

The Ever Given ship smashed into the banks of the Suez Canal last week and halted the global trade route. But where did it get its name, and how did it get stuck? Here’s all you need to know…

With an appeal to self-interest

I like to call this the “how this affects your weekend” approach. It’s about finding the angle that directly impacts your audience.

This is from Vox (admittedly, it’s the standfirst rather than the opening paragraph, but it sure as eggs makes you want to read on):

With a controversial statement

Nothing grabs a reader’s attention like making a big, bold statement. Whatever you say, just make sure you can back it up.

The pilots and crew onboard the massive container ship that blocked the Suez Canal could face arrest and be ‘made scapegoats’ for the incident as investigators continue to search for the cause of the grounding that strangled global trade.

Finally, there’s the truly artistic approach — the creative, long-form, feature intro. It’s not for the faint-hearted. It takes practice to do well.

For nearly a week, the leviathan Ever Given container ship was lodged across the Suez Canal in Egypt. The surreal image captivated the world as traffic in the key waterway ground to a halt. Armchair shipping experts came up with their own plans to free the vessel, and thousands of memes proliferated.

And then, with nearly the same suddenness as its stranding, the Ever Given was moving again, toward another part of the canal, the Great Bitter Lake, where it is now docked and awaiting inspection.

Unless you’re a practiced writer, you probably won’t start crafting this kind of opener the second you sit down to write. But if you want to create a feature-style intro like this, then start with the “who, what, when, where” intro and then bring in the other elements (the exclusive angle, the feelings, the tease, and so on) and play with the words on the screen for a while. Before too long, you’ll land on a neat and catchy idea that will click with your readers. 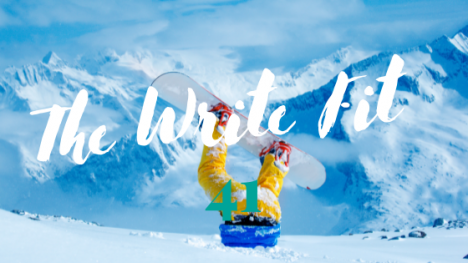