There’s an old Calvin and Hobbes comic strip where Calvin says to Hobbes “I like to verb words”. Hobbes understandably responds, “What?” Calvin goes on to explain, “I take nouns and adjectives and use them as verbs. Remember when ‘access’ was a thing? Now it’s something you do. It got verbed”.

The strip then shows Calvin and Hobbes walking away and Calvin says, “Verbing weirds language”.

I agree with Calvin; verbing does weird language. But it’s been occurring for centuries and it’s not likely to disappear anytime soon. However, verbing does seem to be happening faster than ever. You can now friend or unfriend someone on Facebook. If you need to know how to do something, just google it. Or you can skype or text someone to ask.

When is verbing acceptable and when should it be avoided? CMOS says, “in formal prose, recently transformed words should be used cautiously if at all”. I suggest before you use a verbification, ask yourself a few questions:

With these questions in mind, I can think of many verbified words that should never be used outside of the corporate world. In fact, Dan sent me an email saying, “other bugbears are people writing ‘we’re architecting the design, he’s actioning that now, or I’d like to workshop this’ ”.

I would add instances of “do you have a solve for this?” and “let’s focus on the build”. But my pet peeves are cases of nominalisations, so we can weird that in the next Super Grammar! 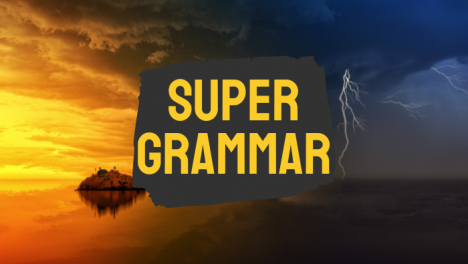