Home > The Write Fit > Here we are now, entertain us

Here we are now, entertain us

Posted by Dan Hatch on 5th October , 2021 in The Write Fit
Share this

This is an excerpt from the 53rd edition of The Write Fit, a fortnightly newsletter about writing, editing and proofreading, content marketing and good editorial practices for business, from Sarah Mitchell and Dan Hatch at Typeset.

Take your time, hurry up, choice is yours, don’t be late

I was 11 when Nevermind came out in 1991. I’m not sure if I actually remember its release, or if I’ve invented memories of it. The years that followed, my teenage years, were nothing short of Nirvana-soaked. I barely had a say in the matter.

Nevermind was ubiquitous in the 90s in Australia. Our school files were plastered with stickers of the iconic album cover of the baby in the water reaching for the dollar bill. Kids wore Nirvana T-shirts—emblazoned with Kurt Cobain screaming into a microphone—to school. Triple J (the national youth radio station) must have played “Smells Like Teen Spirit” every goddamn morning. Nirvana was everywhere, whether you liked them or not.

By the time of Kurt Cobain’s death in 1994, we all had long unwashed hair, wore oversized flannel shirts over oversized T-shirts, and displayed more angst and cynicism than (at least in my opinion) any generation of teenagers since. (Notable exception: the emos of late 2000s. Respect to those folks.) The grunge phenomenon which Nirvana made global was perhaps the last big cultural movement before the internet. We were the tail end of gen X; the not-quite-millennial generation. Nirvana was our voice.

I feel stupid and contagious

There’s been a lot of publicity around Nevermind this past month or so. That’s partly because the naked baby on the album cover (Spencer Elden—now a grown man, obvs) is suing the band, alleging sexual exploitation. Naturally, this caused a global wave of publicity.

The other big reason is that it was 30 years last week since the album was released. The anniversary unleashed a wave of articles and interviews looking at the legacy of the album, the band, and Kurt Cobain. Kerrang!, for example, published a piece detailing the story behind every song on Nevermind. There are pieces claiming the album rewrote rock and listicles of “things you didn’t know” about it, among thousands of others.

Here we are now, entertain us

Which brings me to my point. (It’s not for nothing I have dragged you down this musical memory lane.) The fact Nirvana has been in the news for two separate reasons recently neatly allows me to share a couple of tricks to help you keep your content marketing calendar full to brimming.

A content platform with a regular publication schedule is a hungry beast. Coming up with a calendar of engaging, high-quality, original content can be hard. Here are two tips (learned from my time in newspapers):

“On-calendar” events are things you can plan for, like the 30th anniversary of one of the biggest albums of the 1990s. They might equally be things like World Diabetes Day, the Winter Olympics or Diwali.

These are things you can plan for weeks, months, even years in advance. You can fill your content pipeline with these well ahead of time. There are two big advantages to this: firstly, it gives you time to create something of real quality; secondly, having pieces “in the can” can really relieve the pressure in a busy week.

Spencer Elden’s lawsuit is something you can’t plan for, so it’s what we call an “off calendar” event. It’s something that popped up in the news, unexpectedly—just like the UK’s ludicrous fuel crisis or a volcano erupting on the holiday island of La Palma.

When news occurs in your beat (in an area relevant to your content mission statement) there’s an opportunity to be reactive and create content relevant to your brand that’s super useful to your audience. Perhaps that’s publishing a list of service stations with fuel available, or advice about refunds for cancelled holidays, for example. The trick is to be fast, thorough and useful.

So, I can’t think of much that’s less in the spirit of Nirvana or grunge than to shoehorn a marketing message into a newsletter about this generation-defining album.

But I guess everyone sells out in the end, right? 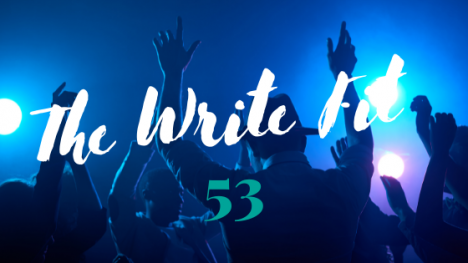