Posted by Wendy Wood on 1st July , 2020 in Grammar
Share this

Did you know there are degrees of adjectives? Before discussing these degrees, let’s review what an adjective is. An adjective is defined as a word that typically modifies a noun (or pronoun). In other words, adjectives “describe” words and tell someone “what sort, how many, how large or small, whose, etc.”

There are three degrees of adjectives: the positive, the comparative, and the superlative.

A positive adjective expresses a noun’s quality without comparing the noun to any other thing. It’s the adjective form you probably think of when you think of an adjective. Use this form when describing one thing or an entire group of things. (That elephant is big.)

Comparative adjectives are used to compare a quality shared by two nouns to determine which has more or less of that quality. It’s usually formed by adding the suffix -er to the positive form. (That elephant is bigger.) The word than usually follows comparative adjectives. (That elephant is bigger than the young elephant.) Adjectives with two or more syllables usually take the word more (or less, fewer, greater, etc.) rather than a suffix to form the comparative (charming = more charming).

The superlative degree is used to compare three or more nouns and expresses the extreme of a quality shared by all of the nouns. The word the typically comes before the superlative form of an adjective. (That elephant is the biggest.)

Here’s a handy chart to help you remember how to form the degrees. 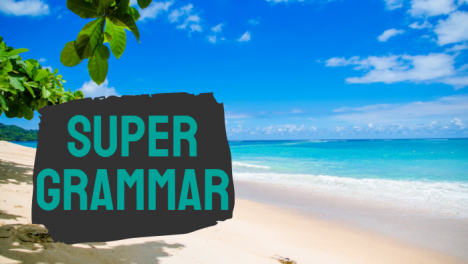