Home > Copywriting, Editing & Proofreading > 7 ways hiring a proofreader can save your business

7 ways hiring a proofreader can save your business

Posted by Wendy Wood on 5th March , 2020 in Copywriting, Editing & Proofreading
Share this

Are you writing for your business but not using a proofreader to check it over before you publish?

You’re taking a risk! Mistakes are not only embarrassing they can also be costly.

Here are 7 ways hiring a proofreader to look at all your business writing – including promotional material, blog posts, white papers, books and thought leadership articles – can save you from embarrassment.

A proofreader sees the mistakes you don’t notice

If you’ve been working on something for a long time, you’re often so familiar with the content that you won’t notice errors. You know what you want to see, so you believe you’ve seen it. Your mind fills in the blanks. Psychologists call this generalisation.

A proofreader comes to your content with a fresh pair of eyes. They’ve trained themselves to read every single word instead of generalising, so they’ll catch things like font differences and redundant words. Hiring a proofreader helps ensure your copy is mistake-free.

READ MORE: The high cost of poor writing (and what to do about it)

A proofreader will use their ‘ise’

English is English, right? Wrong! There are Australian, British, Canadian and American dialects of English. Do you prefer Australian spellings and grammar in your content? Or are you a US company needing American English for your website? Need British spellings for your newsletter?

Do you want to analyse or analyze? Theorize or theorise? Apologize? Economise?

Do you have a favourite stylebook or a favorite dictionary? Do you carry a torch or a flashlight? Do you put your refuse in a bin or a can? And is it garbage, trash, or rubbish you’re putting there? Hiring a proofreader ensures your preferred English is adhered to.

A proofreader will hone those idioms and clichés

Hiring a proofreader will ensure any idioms you’ve used are correct.

I recently edited a manuscript in which the author had written that something took precedent over something else. Knowing this looked strange, I checked for this phrase in the author’s preferred dictionary and found the true idiom is have/take precedence over. Many dictionaries (especially the online versions) have listings for idioms. There are also some pretty cool infographics available from GrammarCheck and eLearning.

Most proofreaders own numerous books about language and words. I have dozens on, in, and near my desk. My favourite idiom resource is Richard A. Spears’ Straight from the Horse’s Mouth: And 8,500 Other Colorful Idioms.

The Oxford English Dictionary definition of cliché is: A phrase or opinion that is overused and betrays a lack of original thought (emphasis mine). In other words, your readers don’t want to read them! Here’s a list from Writer’s Digest of twelve clichés to avoid like the plague. With this list and other clichés in mind, a proofreader will eliminate them from your content. 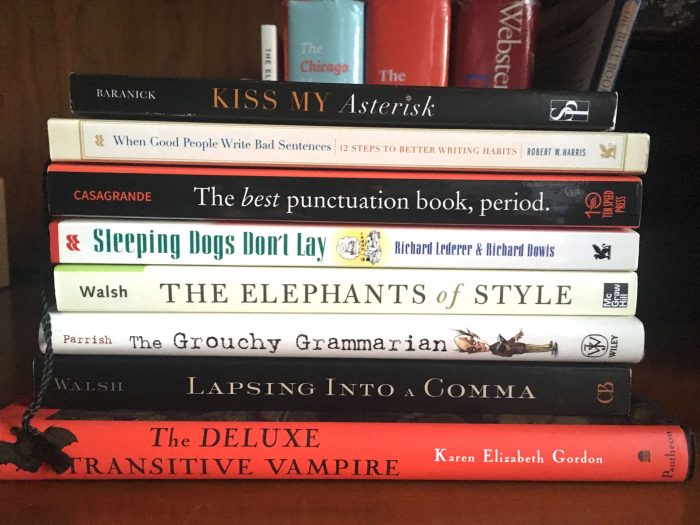 I sometimes worry I’m being too blunt when editing. But if your proofreader won’t tell you a sentence doesn’t make sense or your sums don’t add up, who will? Are you willing to risk your readers misunderstanding? Or worse, losing your credibility with customers when your figures are wrong? Nearly every time I’ve questioned a co-worker’s writing, they’ve thanked me for making them clarify it.

Confusion with sentences is another example of generalisation. The author is focused on the meaning they’re trying to convey, rather than the words they’ve used to express that meaning. A proofreader will spot that there’s something lacking and tell you about it — and we promise to approach it with as much finesse as possible.

“What is a modifier and why can’t it dangle?” you might ask. A modifier is a word, phrase, or clause that clarifies or limits a word in a sentence to emphasise the word, explain it, or add detail to it. And modifiers don’t just dangle; sometimes they’re misplaced.

The chef cooked a steak for the guest that was rare.

This sentence implies that the guest, rather than the steak, was rare. Moving the misplaced modifier will connect it with the subject it’s actually modifying.

Here are two ways to correct the misplaced modifier:

The chef cooked a steak that was rare for the guest.

The chef cooked a rare steak for the guest.

A dangling modifier occurs when the subject it’s meant to describe is just plain missing from the sentence. Dangling modifiers most often occur when an introductory phrase modifies the wrong thing and is left to “dangle.”

A dangling modifier walked into a bar. After finishing a drink, the bartender asked it to leave.

There are two ways to correct dangling modifiers:

So, using the example above, you could rewrite the sentence as:

After finishing a drink, the dangling modifier was asked to leave by the bartender.

After the dangling modifier finished a drink, the bartender asked it to leave.

I recently read this suggestion from someone in an online writing forum:

It’s best to use a comma only where there is a pause in natural speech. I suggest you try saying the sentence out loud, and that way you will know where to put the commas.

Well, not exactly. Professional proofreaders know when a comma is required by a rule and when it’s essential to tell readers how to handle what they are reading.

Proofreaders never separate the structural elements of a sentence with a comma to help readers with breathing! But we will use them (and other punctuation marks) to help readers correctly understand. I’ve consulted the punctuation section of my seventeenth edition of The Chicago Manual of Style so often that the book now falls open to it.

Hiring a proofreader gives you access to that level of editorial expertise.

There’s no guarantee a proofreader will catch every error every time. But a professional proofreader has the desire to make your content as error-free as humanly possible. They possess advanced communication skills that give them the ability to home in on and correct mistakes, redundancies and inconsistencies.

A proofreader’s ultimate goal is to eliminate errors and help you clearly and interestingly present information to your readers. So it’s well worth the time and expense of hiring a proofreader to check your work!

If you want to work with professional writers, managing editors and proofreaders, get in touch with one of the Typeset team. We’re in the US, Australia, and the UK – and we’re happy to help. 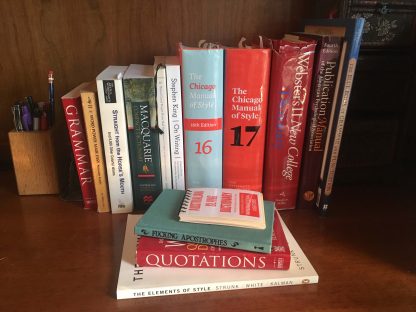